Electrical Engineer, expert in Systems Planning, graduated from the Federal University of Rio de Janeiro (UFRJ) in 1981. At Unicamp (State University of Campinas), she did the Advanced Course in Power Systems Operation, getting her Systems Engineering MSc. Degree in 1992. In 2007, she attended Candido Mendes University’s Extension Course in Electricity Law, with top grades for the monograph “Evaluation of the legal viability when considering market elements at the calculation of the energy price for the Brazilian energy spot market”. Her first contact with System Dynamics was in 2010 through a course at University of Catalunya. In 2012, she attended the Advanced Course on Complex Systems Modelling, at University of Brasilia (UnB). She was a trainee at the Electrical Power Research Center – CEPEL, at the Energy Planning Group within the Systems Lab. From 1983 to 1999, she worked for Copel (the electricity state company of Paraná, Brazil) on different projects, involving short and long term energy planning, generation reliability, assets evaluation etc. She leaded, in 1998, at Copel, the Gerasul´s evaluation project from the energy market perspective, in partnership with Duke Energy International. In 1999 she founded W!se Systems, an energy consultancy group, that became WeSee Visão Dinâmica de Sistemas. When it comes to complementary skills, she loves to do patchwork, write poems (Horas a Fios, her first book was published in 2008), play piano and also dance the Flamenco.

Electrical Engineer, expert on Power Systems Planning and Regulation. Marciano graduated from the Federal University of Paraná (UFPR), in 1970, and got the Power Systems Ms.C. degree at COPPE/UFRJ (Federal University of Rio de Janeiro), in 1973. In 1995, he got his Computer Engineering PhD degree in the same school. From 1972 up to 1975, he teached at the Electrical Engineering Department, and also the Electrical Engineering post-graduation program at COPPE/UFRJ. In 1978, as a teacher of the Federal University of Santa Catarina´s Electrical Engineering Department, he developed a few pioneering courses on energy planning and advanced computer techniques. He worked as a professor at Unifacs – University of Salvador (Bahia), at the Energy Industry Regulation Masters Course, and also as a visiting professor at the Electrical Engineering Post Graduation Course of the Federal University of Paraná. He developed consulting activities at PTEL, a consultancy company associated to PTI – Power Technologies Inc. He worked at Eletrosul from 1988 to 1991 – during this period he coordinated the development of the NH2 model, a composite reliability model (production + transmission) at Cepel (Electric Power Research Center). In this position, he coordinated the development of the PRIOT model, a computer model that prioritizes the grid expansion. He provided technical consultancy to the Brazil´s Ministry of Mines and Energy (MME) during the RESEB-COM project, as well as to Lactec, another research institute, in the implementation of the post-graduation course on Power Industry Planning, Operation and Trading (CPOC), with institutional suport of the Federal University of Paraná. He coordinated CT2 – Technical Commitee 2 (Power Supply Planning) of the CNPE, National Council of Energy Policy. He was part of the GT4 Workgroup – raising awareness about signs of power supply risks and possible corrective actions, on the Revitalization of the Power Sector Model Committee. He took part on the working group coordinated by the MME that was responsible for the design of the new institutional model for the Brazilian power sector in the 90´s. He worked as a World Bank consultant, supporting MME on the analysis of the power supply fragmentation on energy auctions (new and “old” energy). During 2009 and 2010, he provided assistance to the EPE – President’s Energy Research Office, coordinating the production of the “Power Sector Reform in Brazil” book, published in 2011. Currently, he provides consultancy and develops R&D projects in WeSee for different power sector entities in Brazil (Apine, Abrage, Cesp, Tractebel, Duke, etc). He is, nowadays, the delegate of the Brazilian Chapter of the System Dynamics Society, as well as a senior member of IEEE – Institute of Electric and Electronic Engineers. Among hundreds of published articles, as an author and co-author, he published a book about computer techniques applied to power systems studies, named “Sparse Matrix on Power Grid”. 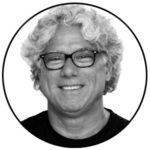 Senior consultant, energy specialist. Has an MSc grade in Systems Engineering, UNICAMP, and MBA in Electricity Industry UFRJ, working on energy planning, trading and regulatory issues. Since 1984 has worked for a variety of market players. In Eletrobrás has worked as systems engineer developing simulation models and methodologies to support the energy operations planning and reliability studies. In this job coordinated the development of the CONFINT and DECOMP models, and their application in the procedures planning chain. Worked for ONS and started the DECOMP validation process. Back to Eletrobrás, was co-manager of the Energy Expansion Team, responsible for the feasibility studies of new hydro and thermal plants. In 2000 started the first phase of consultancy experience, at PA Consulting in Brazil. In this year worked for ASMAE at the DECOMP implementation process. From mid 2000 through 2005 worked as an independent consultant for various players and firms, like ONS, CCEE, Andrade&Canellas, being responsible for energy planning and procurement processes, regulatory changes, trading strategies. From 2005 to 2008 worked for EDP at the energy trading unit, as a middle officer, in charge of portfolio risk management, support to structured energy operations. In 2008 joined Brenco, that was setting up a portfolio of sugar cane based industrial plants, to produce ethanol and electricity, as head of energy unit. In charge of the commercial and regulatory issues, worked for the energy tender participation, developing the commercial strategy, grid connections solutions, contract management. In 2010, after the merger with ETH (Odebrecht Agroindustrial) became responsible for managing 9 cogeneration plants, energy tender contracts. Since 2013, joined WeSee and has developed studies in monitoring energy supply conditions, energy trading strategies, contracts negotiation, regulatory changes, and energy planning studies.